Halifax Festival of Words returns for a third year 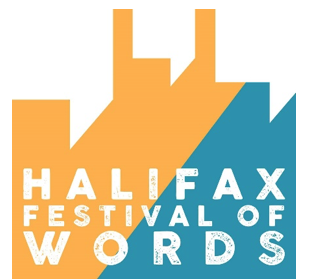 06 Feb Halifax Festival of Words returns for a third year

Posted at 14:15h in Literary, News by Discover Halifax
0 Likes

Halifax’s independent Festival of Words founded in 2017 by two independent businesses, The Book Corner and The Grayston Unity have announced that it will be returning in October larger than ever before. It will run in the town from 2nd to 4th October 2020 and will contain its popular mix of readings, live music, spoken word and dj sets.

The festival will continue to receive great support from Halifax BID but in addition a new partner, the Halifax based Snowflake Media Group have now joined to give financial and marketing support.  Michael Ainsworth from the Grayston said, ‘to enable the festival to become established and ultimately grow we needed help to achieve that and we are so delighted that Snowflake Media, a Halifax based company have agreed to do that. We feel they are a perfect partner and understand what the festival is about and its role in putting on the festival in the town’.  Lee Kenny, Managing Director at Snowflake Media said “When the opportunity to get involved with the Festival arose, we jumped at the chance. The past 2 years events have been a real shot in the arm for the Halifax Arts & Social scene and wider community. As a marketing and web design agency we like to inject fun, energy and a community spirit into a project and this is exactly what the Festival represents for us.”

A further development is the addition of a new venue to host events. The Temperance Movement opened in Halifax town centre in June 2019 and has already established itself with its quality drinks and food in a fantastic setting.  Sarah Shaw of The Book Corner commented ‘we are very carefully growing the festival each year and adding a new venue is part of that strategy. The Temperance Movement is such a natural fit it was to us an obvious choice’. Owner, Joey Bates said, ‘it’s amazing to be part of the Halifax independent scene and fantastic to be chosen as a venue for the festival’.

Some of the highlights already confirmed include live music from The Membranes & Choir, The Lovely Eggs, Hope & Social, The Orielles in conversation and David Hepworth details will appear at www.halifaxfestivalofwords.com